Hello there! Today we’re going to see how to implement a Layer-2 SDN Firewall using the POX Controller and Mininet. We are also going to reuse the same Tree topology we created last time (albeit with some minor changes). In case you are new to Mininet, you are highly recommended to first go through the previous blog post on using Mininet, here

Here is what you’re going to learn today -

A Firewall can be understood to be something that obstructs traffic coming its way and filters it according to some rules. A general Firewall can be employed to protect a network from the internet. For an SDN based Firewall, we are going to use the OpenFlow controller to filter traffic between hosts according to some rules and accordingly let it pass through or not. The way we will do this is by using the POX controller to establish our required policies or rules (we will come to these later) and filter traffic between hosts using the switches. An example of such an SDN Firewall with two hosts is shown in the figure below:

Topology set up in Mininet

The topology we are going to implement is going to be the same as last time. To recall, here is the diagram of the topology below - 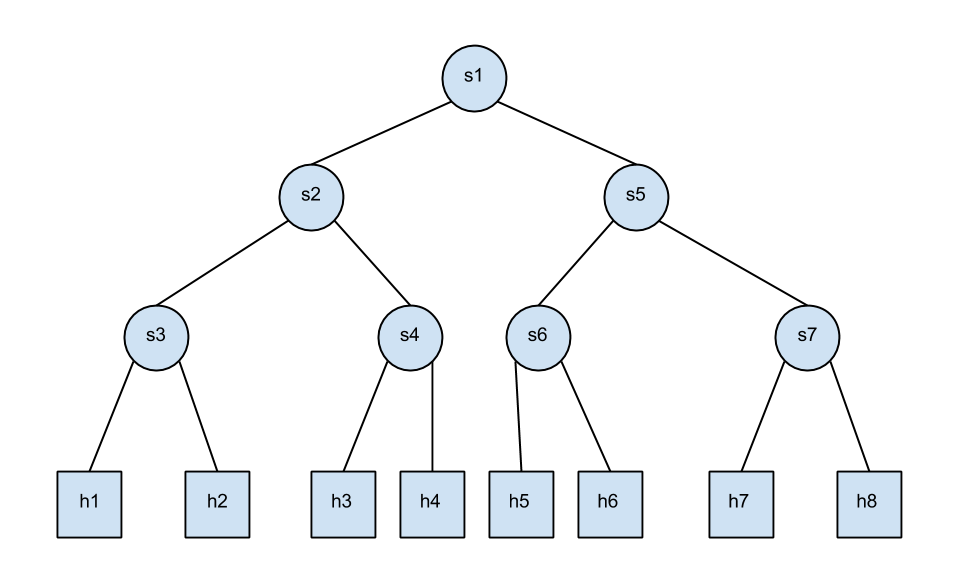 Now, we can basically use the same file as last time, tree.py but with some modifications. These will basically be minor changes like referencing a remote controller instead of the default Mininet controller and specifying simple MAC addresses for our hosts so that we may reference them easily when we create rules for the Layer-2 Firewall. To recall, the code we were working with last time in tree.py was as follows:

Firstly, we need to decide on the rules we will enforce through our firewall. It should also be noted that it will be a bi-directional block, and if a rule exists, the controller will ensure that switches neither let incoming or outgoing traffic from either host reach the other. So for our Firewall, we can have the following 4 rules:

Moving on to POX– I’m going to assume that you cloned the git repo and put it in the home directory to simplify things. Change the commands to reflect where your files are to avoid any problems.

Here is how we will proceed:

This completes our developing the controller to fulfill our needs. The script in its entirety is shown below. Moreover, in the next section we will run our code and see if the Firewall implementation actually did what it was supposed to.

This just requires us to start our Mininet topology emulation and the POX controller with the Firewall implemented. 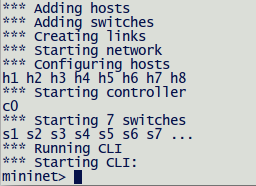 As long as you don’t see any error messages, there should be no problem.

Now, we go back to the Mininet CLI and type in pingall to see if our Firewall actually works. The pingall command will just go ahead and ping each node from every other node. Here are the results:

Yes, according to our Firewall rules, h1 and h2 were never able to connect, neither were h2 and h4, h3 and h8, h2 and h7 able to connect respectively too! We see that there is a packet loss of 14%, which is absolutely correct. Thus, we were successful in our endeavour of implementing an SDN Firewall!

In this post, we saw how to implement a Layer-2 Firewall using the POX Controller. Using rules specifying Layer-2 characteristics we were able to control the switches using POX to either permit traffic between hosts or restrict it. The next time, I will be discussing the P4 programming language and how it seeks to revolutionize networks completely. Stay tuned and keep being awesome!